Super Bowl LV was just played this past Sunday. Although slightly different given our year of COVID, it was still the event of the year. There’s no single thing in the U.S. with more buildup, expectation, or pageantry. The commercials, half-time show, features of the host city, star power, big money…these things are only outdone by the players on the teams and what they do on the field.

Both coaches have interesting stories. Andy Reid was the long-time head coach of the Philadelphia Eagles, who led them in nine playoff runs, six division titles, five NFC Championship Games (including four consecutive appearances from 2001 to 2004), and one Super Bowl appearance. Ultimately released from Phili, he won his first Super Bowl last year with the Kansas City Chiefs. I’m a big Andy Reid fan.

Bruce Arians and his family have moved all over the country, with him coaching with many teams at both the college and professional levels prior to finally becoming a Head Coach. He was the Steelers Offensive Coordinator, when they beat his eventual team, the Arizona Cardinals in Super Bowl XLIII. Having retired from Arizona as its Head Coach after 5 years in 2017, he signed a 4-year deal with Tampa Bay in 2019. Bruce has a big, bold personality and is known for the saying, “no risk it, no biscuit”. I love Bruce’s attitude. 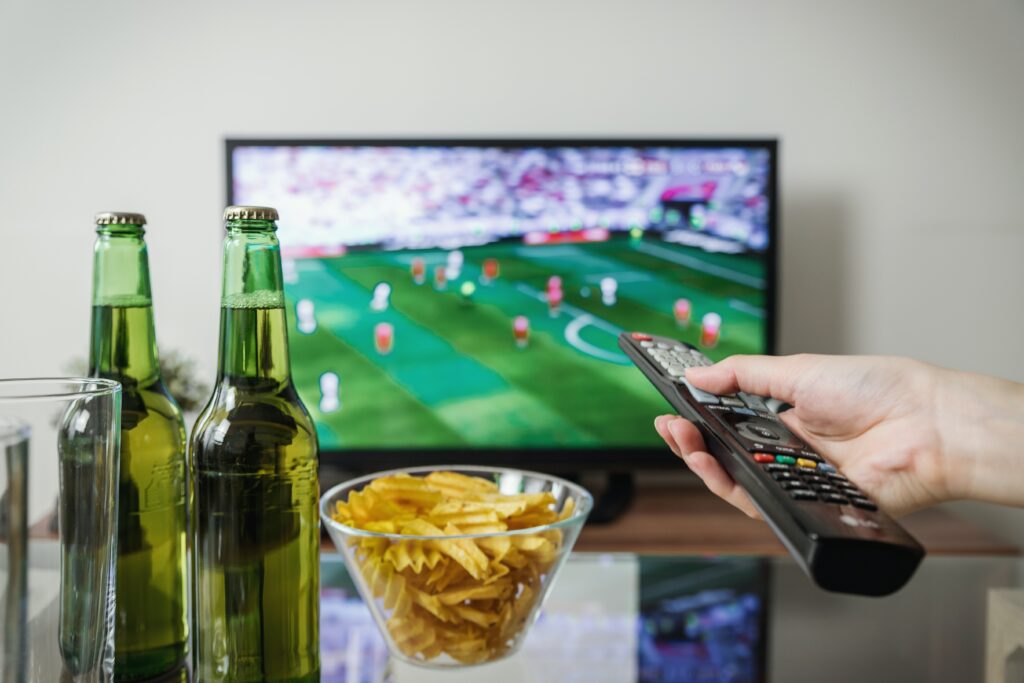 Then come the quarterbacks. I’m not sure anything more can be made of their matchup or them individually…Brady, the 43-yearold who’s arguably the best of all time, now winning 7 Super Bowls and appearing in 10 (more than anyone in history on both counts) versus the young Mahomes who has the ability to make just about anything happen on the field, including the supernatural, winning his first Super Bowl last year.

Add to the above the Belichick/Brady debate…who needed who/who made who? Interesting that the Patriots had a less than impressive season without Brady while he just played in another Super Bowl with his new team.

In addition to the coaches and quarterbacks, both teams have tremendous talent and big personalities, too many to mention. Since 2009, there are at least 100mm people who watch the Super Bowl, with the peak at 115mm taking place in 2015. The Super Bowl is unquestionably a great event. It makes for a great evening, maybe even the entire day. While my wife and I watched alone at home, many have Super Bowl parties. A quick internet search indicates that roughly 28 million pounds of chips, 1.25 billion chicken wings, and 8 million pounds of guacamole were consumed this past Sunday. Wow!!!

Here’s my question for you…what’s your Super Bowl? The Super Bowl of your life. Although I’m a lifelong football fan, it’s my observation that so many of us pray to the god of football. We’ve become consumed by it. Pre-game. Post-game. During the game or at the water cooler the next day.

It might not be NFL football for you. It could be another sport. A hobby. It could be your obsession with what I refer as the 4Ps, possessions, pleasure, prominence, or people (using them, not authentic relationship).

What if as a nation, or as the world, we had as much enthusiasm for Jesus as we do the Super Bowl (or whatever your thing is). What if that were your reality? What would the impact be? Here’s what I know…the happiness that a Super Bowl win brings (even for the players, even for Tom Brady) is fleeting. So are the 4Ps.

I’m reminded of the line, “you can never have too much of what you really don’t need”. Think about that line. Here’s the reality…you’re never going to fill that God sized hole in the center of your chest with a Super Bowl win, a bonus at work, a nice car, or new house.

Jesus is the only thing (One) who can fill that hole.

Back in February, 2019, I posted a blog titled, “Tom Brady Isn’t Jesus Christ”. He wasn’t then and he’s not today, regardless of his 7 Super Bowl wins. There’s only one Jesus Christ, our Lord and Savior, who gave His life for ours’.

God loves you more than you ever know, no matter what you’ve ever done. He proved that to us by sacrificing His only begotten Son. Jesus proved it on the Cross. They gave us the Holy Spirit to live within us, helping us to be all that God made us for…GREATNESS!!!

Super Bowls are fleeting. So are the 4Ps. There’s only one Path to Peace, Joy, and Fulfillment, and it starts with embracing Jesus and living life in the Holy Spirit. The formula is this:

Embrace the above, do what Jesus says, live God’s will…knowing that He knows what will make you happy and wants you to be so, you’ll be living the Super Bowl of your life on a consistent basis. Not that problems will never arise, but only in knowing the love of Christ, independent of substance or circumstance, will you experience JOY…to me, that’s the Super Bowl.

As always, feel free to contact me at Mark@MarkJosephMinistires.com with comments, questions, concerns, challenges, or prayer requests.

Remember…God made you for GREATNESS!!!